Roadsters were the old-fashioned style of bicycle popular in the countryside. They usually had635 mm (28 x 1 1/2) wheels with westwood rims, long cranks and long wheel bases, and very shallow frame angles (68 degrees or less.) Roadsters used "roller-lever" brakes operated by rods, instead of cables. The typical roadster would also be equipped with a "gear case", a chainguard that completely enclosed the chain.

Roadsters were built for durability above all else, and were intended to be able to cope with dirt roads, cobblestones and unpaved footpaths, with a bare minimum of maintenance. No serious attempt was made to save weight in their design or construction. They are often pictured as the mounts of policemen and rural letter carriers.

Roadsters have never been truly popular in the United States, but they are not truly rare, either. Most roadsters that were imported to the U.S. do not have the gear case, because U.S. customs regulations placed a higher duty on bicycles weighing more than 40 lbs. 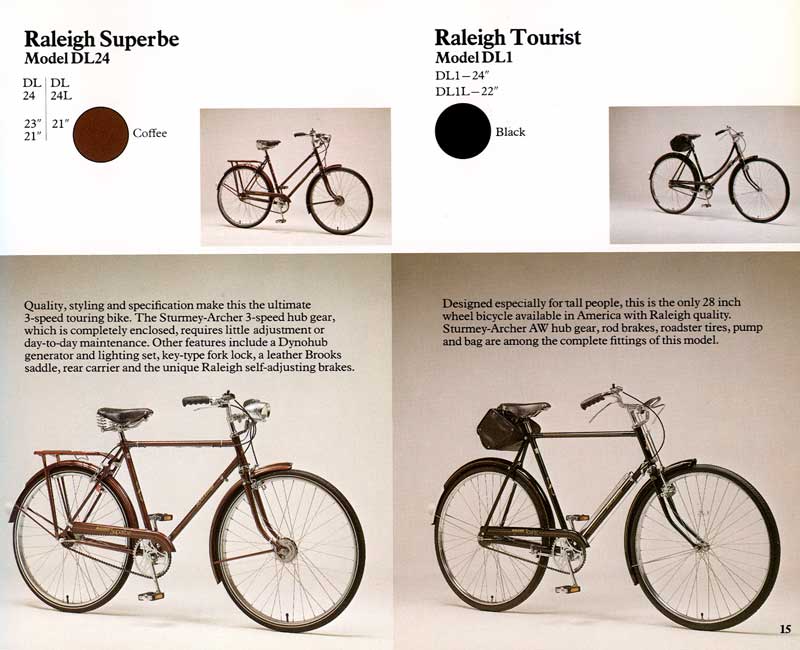 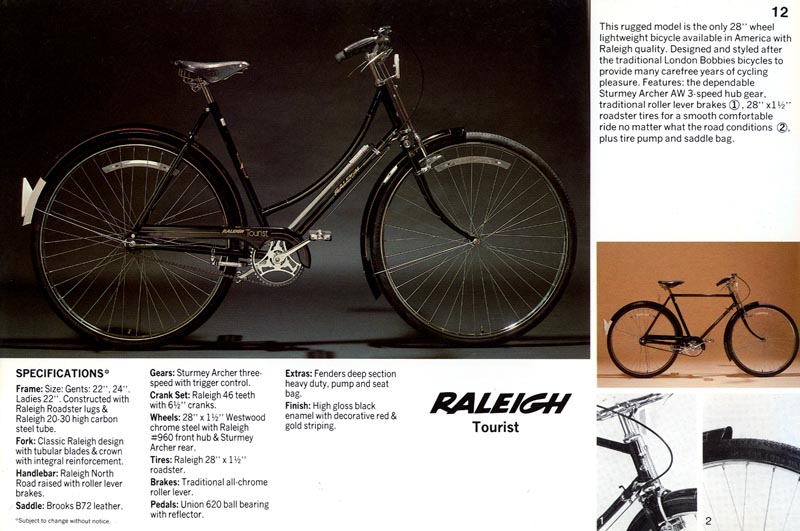